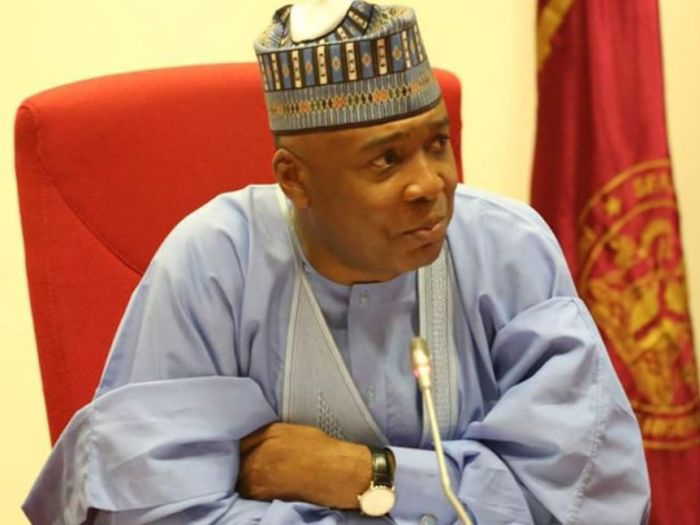 Former Senate President Bukola Saraki has called on President Muhammadu Buhari to listen to the advice of the Peoples Democratic Party and other Nigerians that he may consider as critics to find a solution to the ongoing nationwide chaos in the country.

“When we talk about security, it’s not about political party. It affects all Nigerians,” he pointed out. “People who are losing their lives, I am sure some of them do not belong to any political party.”

Mr Saraki stated this at a world press conference of the major opposition party in Abuja yesterday. He pointed out that the PDP would continue to play its role in letting PresidentBuhari’s regime be aware of its lapses.

According to him, his party will continue to put pressure through constitutional means in telling the government what they need to do.

“We will not get tired because when we see changes in the world, it has come through constitutional means,” said Mr Saraki. “It might look like a long journey, but eventually, the truth will prevail, and the right thing will be done.”

The PDP chieftain also expressed the hope that Nigeria would start a new journey to greatness in a short period and advised Mr Buhari to listen to the people in various communities of the country, especially on the issue of insecurity.

Speaking further, Mr Saraki noted, “So, that responsibility of government is to all of us as Nigerians, and we are speaking on behalf of all Nigerians that the right thing needs to be done.

“We will continue to do that through conscious constitutionally