Skip to content
By Prince Sunny Ebhojiaye.
Women of Faith of Fountain Light Champions Revelation Ministry will from Thursday, 28th October 2021 begin a three day women convention for reawakening women folks towards making impact in the things of God and propagation of the gospel.
With the Theme, “Woman of Faith” taking from Hebrews 11: 1-10, the women are set to propagate the gospel of our Lord Jesus Christ. Also they are set to promote the revival of Apostolic signs and wonders and miracles.
Speaking to CITY EXPRESS NEWS on Tuesday 26th October 2021, at the Church Auditorium, 20, Adeola Kareem Street, off Camp Davis road, Ayobo,  Lagos State, the wife of the General Overseer of Fountain of Light Champions Revelation Ministry, Pastor Mrs. Elizabeth Agba said that the Women of Faith decided to stage a  Convention to rescue the children of God who are lost and build an aggressive end-time army for the Lord.
“Fountain of Light Champions Revelation Ministry is where we build an aggressive evangelism, heaven bound and aggressive Christians, she said”.
She  noted that (FLRM) intention is for people to make heaven, and not a wordly church. Versatile speaking Pastor Elizabeth Agba added that the aim of the conference is also to build up prayer Eagles and purify the Pentecostal dirtiness of this age.
In the same light, Pastor Agnes Fidels said the women convention aims to train believers to receive Holy  Ghost  and turn the joy of enemies to sorrow. She said that the Women Convention is also for revival of Apostolic Signs, Holy Ghost fireworks and the unlimited demonstration of the power of God to the uttermost.
Also speaking to CITY EXPRESS NEWS Pastor Josephine Asado said notable annointed women of God are expected, while the Guest Minister is Pastor Emmanuella.
The General Overseer, Apostle Godwin Agba (JP) who is regarded as Apostle, Prophet, Evangelist, Teacher and Preacher of the Word of God is married to  amiable Pastor Mrs Elizabeth Agba. 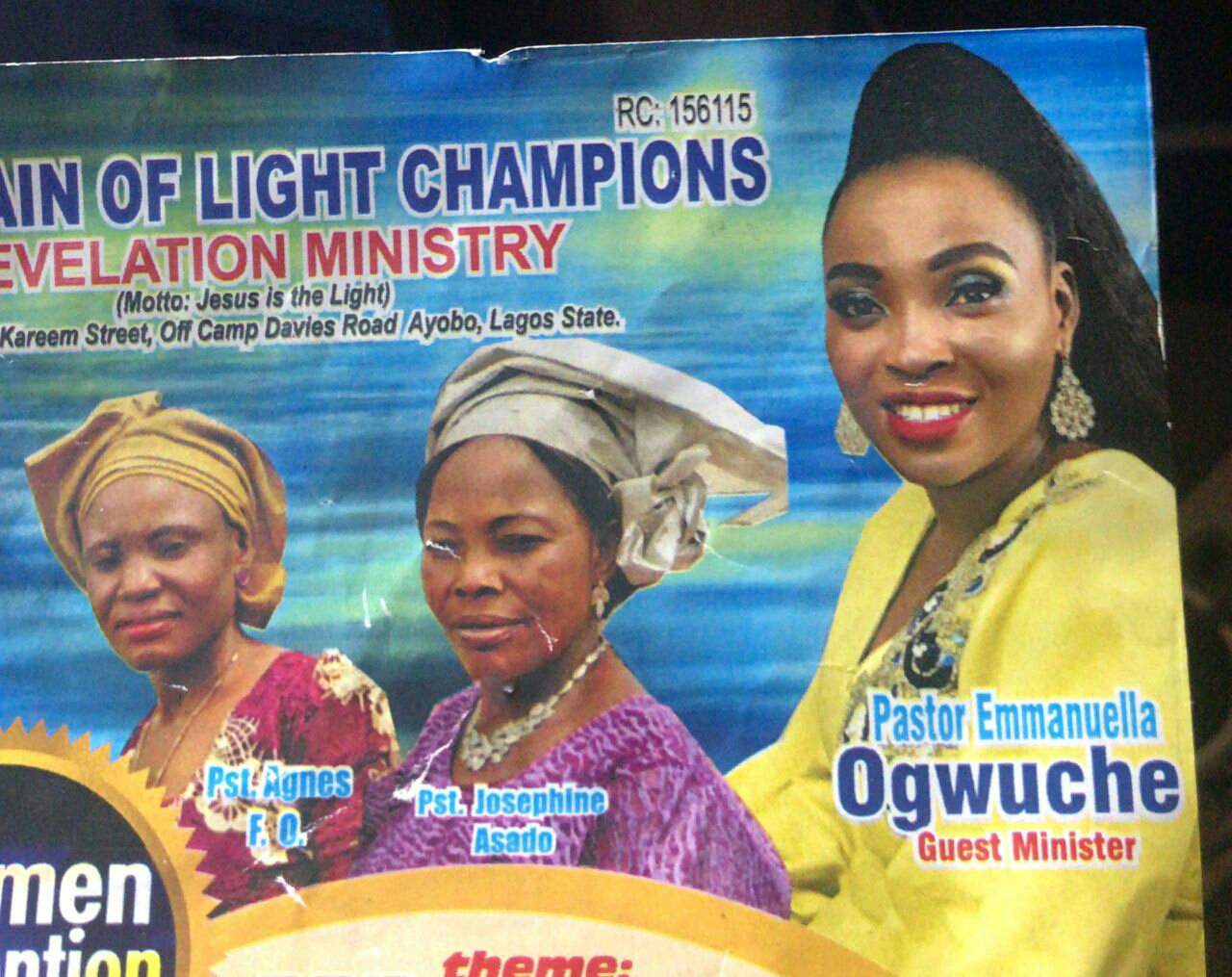 The 3- days Women Convention will start from 28th 0ctober. The time is between 9am to 1.30pm daily. According to Apostle  Agba, the Conference is being backed up with seven days fasting and prayers for its success. All are cordially invited, including youths, children, men and women.