Skip to content
By: Afolabi Oyekunle.
Insecurity in the country is driving away many investors from Nigeria, as they believe their lives and investments are not safe. It therefore behoves on the Federal and state governments to tackle insecurity headlong; downgrade other sectors to face the challenge.
President of the Petroleum and Natural Gas Senior Staff Association of Nigeria(PENGASSAN) Comrade Festus Osibo made the observation in Lagos at a media parley with members of the Labour Writers Association of Nigeria(LAWAN)
The Pengassan president said people are kidnapped and killed daily while lives and properties are not secured which do not speak well for the nation. 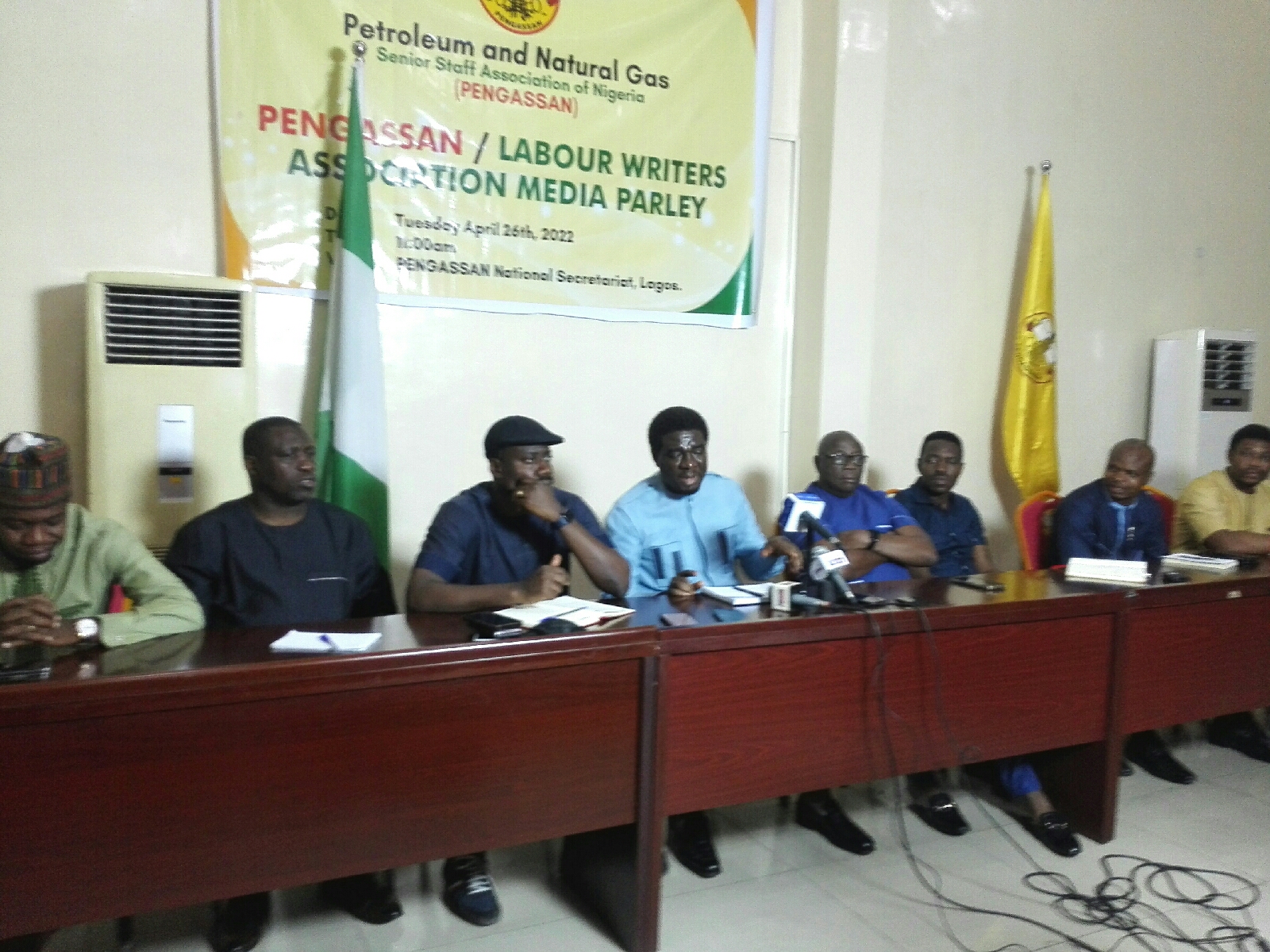 Comrade Osibo with top executives of the Association at the media parley.

Comrade Osibo while backing the call for the creation of state police to stem the tide said its establishment would help to decentralise police formations, combat insecurity and make security presence in many places towards enforcement of law and order.
He however called for the recruitment of more police personnel yearly as the present numbers of police are inadequate.
The Pengassan president bereated former president Olusegun Obasanjo who opposed the creation of state police while in office, but is now canvassing for its creation.  He said President Mohammadu Buhari should do the needful now and not wait till he is out of office before canvassing for its creation as former President Obasanjo is doing.
Speaking on the inferno at an illegal refinery in Imo state where over a hundred people lost their lives, the Pengassan president said it was as a result of government failure.
He said the government could not claim ignorance of the illegal refinery and others. According to him, if they want to stop the activities of illegal miners they have the capacity and ability to do it.
Comrade Osibo believes complicity by men of the law enforcement agencies
contribute a lot to the existence of the illegal refineries.
In his May day congratulatory message to workers in the oil and gas industry to commemorate the 2022 international workers day, Comrade Osifo assured the workers that their welfare is paramount to the association. 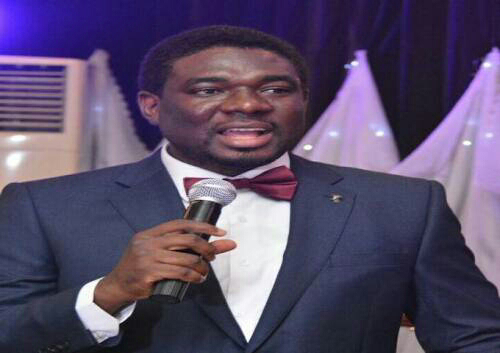 On casualisation of workers in the industry, He said the association is working towards ensuring that at least 90percent of outsourcing and casual workers are unionised.
Towards this, he said Pengassan is discussing with the Nigeria Union of Petroleum and Natural Gas Workers (NUPENG) on modalities.