Skip to content
By Prince Sunny Ebhojiaye.
Honourable (Dr) Wisdom Akhere Jones, a great political bigwig, thinker and patriot, who will stop at nothing to engender better living for people of Esan South East Edo State House of Assembly has vowed to rescue Esan land from poverty and insecurity.  He promised to bring the right leadership that will change the history of Edo State.
Dr. Wisdom is the ideal man, well travelled, political leader and a good manager of human and material resources. Honourable Akhere Jones has attended several political conferences and seminars across  Europe, America and Nigeria.
He indicated his interest for Edo State House of Assembly, Esan South East Constituency at a mammoth rally organised by PDP courtesy ONWA campaign organization.
The young talented, gifted and flamboyant, ambitious politician said he is heeding the clarion call of his people to step out to transform Esan land.  Speaking at his official declaration at Esan South East, Ubiaja, Edo State, he said that, ” I want,to thank God Almighty and the Esan political gladiators for their interest in me and their well wishes leading to the event of today.  I will make sure every part of my constituency to the ward level has one development project or another., assuring of commission of projects regularly.
He rose from a humble background to where others now see him as an epitome of many virtues, ranging from resilience to seli motivation, hard work, vision, integrity, kind heartedness and humility.  He has succumbed to pressure from friends and political associates in Edo state, Nigeria and abroad to join the Edo State House of Assembly Esan South East Constituency.
In an exclusive interview with City EXPRESS NEWS at the rally in Ubiaja ground, he said that the people of Esan land, especially Esan South East Constituency are going to gain immensely from his economic reformation, diversification in areas of employment, wealth generation, food security, poverty alleviation and economic survival agenda.
With a transformative vision for Edo and Nigeria, his experience in public and the pet project of Esan initiative foundation..
The founder of Esan initiative development project believes he  will be able to  spread the tentacles of his kindness accross Edo State.
The foundation has been involved in many life saving and transforming projects in the four zones of the state. His zeal and passion for success emanated from Europe where he gain the baston of hope for the good people of Esan.
His active participation and selfless contributions to politics started in Netherlands. He is the Chairman of Quincy International hotel based in Apapa, Lagos. 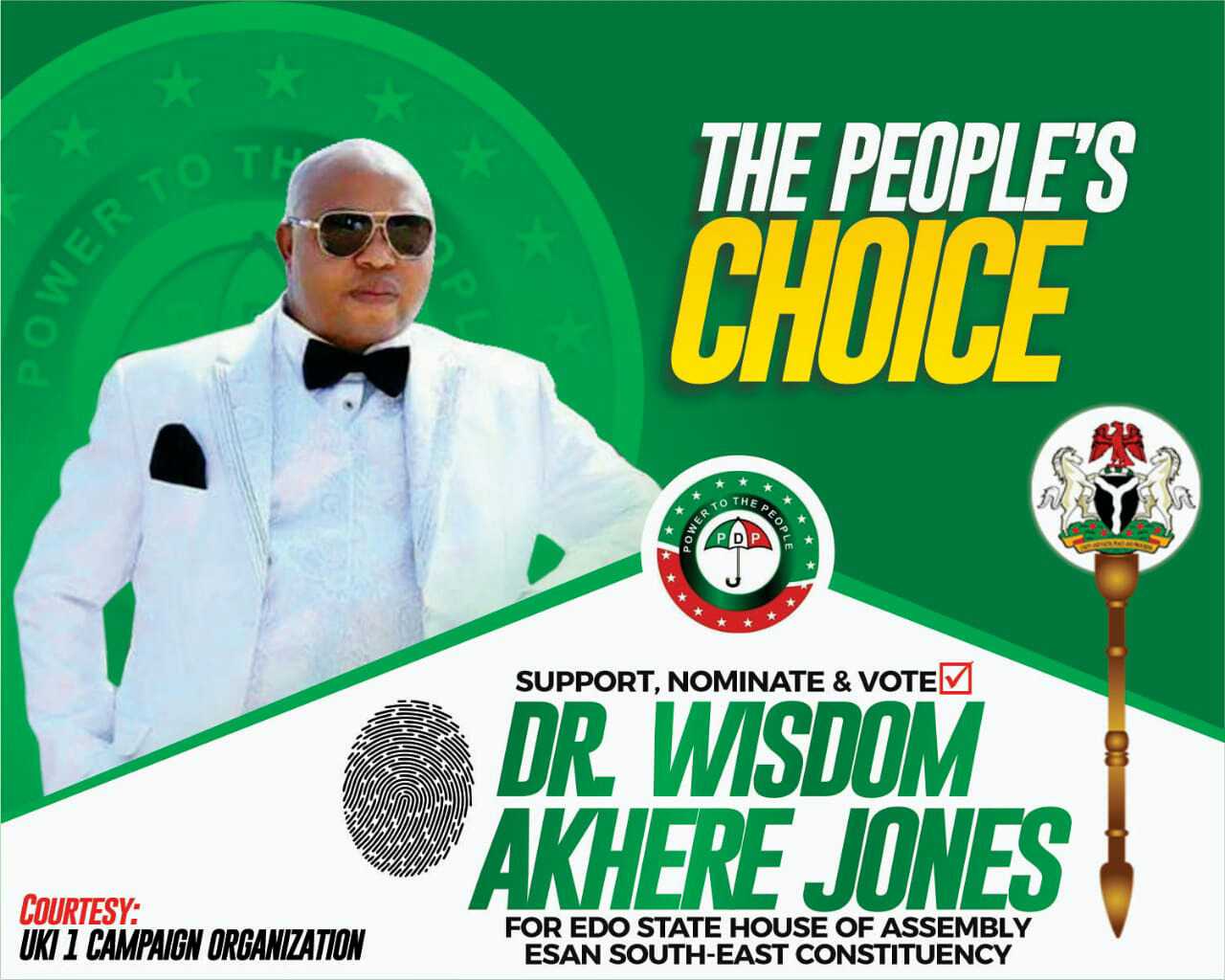 He is a recipient of many awards including Esan Business Hospitality award, and City EXPRESS NEWS Archiver Award. From his higher institution where he showed leadership qualities, he has projected himself as a ready made servant leader available to serve humanity.
He attested his  name WISDOM as W–Winner, I– Integrity, S–Stability, D–Development, O–Organizer and M for Maturity. Indeed given the chance he is equally to the task.